May’s been a rollercoaster

Author, Division 53, Editing, Publishing, The Dark, The Haven, The Hunt, The Shield, Writing

Author, Division 53, editing, Publishing, The Dark, The Haven, The Hunt, The Shield, Writing

Sorry about the radio silence – it’s been an interesting and tumultuous month.

It started off great, with DemiCon. Sales were all right, but I made a lot of new friends, contacts, and joined some groups. It was successful more for networking than anything, and I’m very glad we went.

Before DemiCon was over, I got bad news from my husband. We’re not sure how, but Harvey (our rabbit) slipped out of his cage (again) and was found in the backyard (again). Unfortunately, unlike the last time, he was hurt pretty bad. We aren’t sure what happened or how he got from the garage to the fenced-in backyard, but one of his back legs was broken and a lot of ribs on one side were broken. It was late, so we weren’t able to get him to the vet until the next day. Before we could take him, he’d passed away. So even though DemiCon was great, the weekend ended on a very somber note. He wasn’t the cuddliest of pets, but he loved us. He purred when we were around (rabbits purring means they really like you), and even though he didn’t like to be held, he’d always come up to you and play with you if you sat on his level. The girls adored him, and my husband and I really miss him too.

After DemiCon, I spent the week recovering and then went home to Dubuque with my girls for Mother’s Day weekend. We intended to camp with Grandma, Grandpa, and their uncle Jeff and aunt Caitlin, but it was cold and rainy all weekend, so it just turned into a sleepover at Grandma and Grandpa’s house with some park visits. It would’ve been fun, but some demon kept hopping between my children, possessing them in turn. I got to write for a whole half an hour the whole weekend.

I also found out that my publisher is switching ownership. The current owner sold the company because he was given some terrible health news. So, even though The Haven is set and ready for printing, communication has been sparing. I have several things I need to know or keep track of, so I feel bad bugging them for information, even though it’s necessary. The Haven (paperback only) is currently on Amazon and available for purchase (and on sale at $18!) but I haven’t actually seen a physical copy yet, and don’t know the actual print date yet. So, go ahead and order it! But I don’t know when you’ll actually get it. I know and understand what’s going on with the publisher, but have no idea what’s going on with Amazon and the printer. So much for this book being less stressful!

Two weeks ago, I finished The Hunt (which was already cut up by one early reader) and sent it to my second wave of early readers. One’s finished and commenting up the manuscript now. One hasn’t started yet, and the other hasn’t replied back to me yet. I would feel comfortable going forward with just the two that HAVE read it, but I’d obviously feel better if I could get all four.

I also started The Shield last week, and currently have 70 pages. I’m trying to write as much as humanly possible before I lose my free time, which I can explain in the next paragraph.

This week I had an interview for a Technical Writing job, and (I’m not sure how) I impressed them so much the job was offered to me within an hour and a half of the interview. I accepted it, but now I’m freaking out a bit because I have to find childcare for both kids on short notice, fix my incredibly jacked-up sleep schedule, start interacting with normal adults on a daily basis again (it should not be surprising, but I’m quite antisocial and introverted like a lot of writers), and will have a whole lot less time to work on my books. Well, as long as I pass the background check, anyway. It will also be fantastic to have my two degrees bringing in money again in more ways than just the pittance that selling books gives me. Authors are intellectually and creatively rich people, not financially.

The having less time to work on my books is probably the toughest on me right now. I have consistently been putting in 50 hours a week on things related to writing – either writing, reading, editing, updating the website, blogging, or dealing with the publisher. I’ve dealt with this before – The Dark was picked up by Christopher Matthews Publishing when I was employed full-time at IBM. I work well under pressure and tight schedules, but I’m very much aware that the sheer volume of time that I have now is going to go *poof!*

On the plus side, The Haven will be printed next month. The Hunt is nearly ready too. The Shield has been completely outlined and has a healthy start. I have a loose outline for The Streets and The System, and a good idea of how The Ripper is going to get changed. Everything I do gives me more fodder and depth for The Conspiracy. I’m steaming full ahead on everything Division 53, so this shouldn’t trip me up, just slow me down a little. 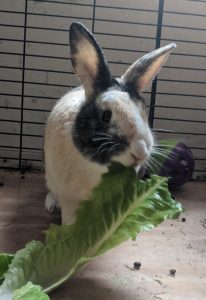