Barry is a longtime friend of Dyspro and Josh, and by proxy, the rest of their group. He owns Grant’s Bar and Grill, a restaurant opened by his late father and now managed and run by Barry. Because he works so much, his friends tend to hang out there more often than anywhere else, so they can actually see him. 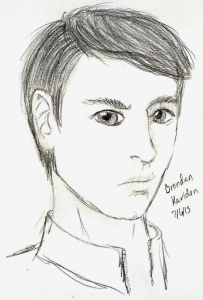 Brendan is a righteous soul who wants to protect people. He was recruited from the Cavington police academy to the Knights by Kalyfa, who saw his potential as a more elite law enforcer with greater privileges and risks. He and Satyrna’s older sister, Patricia, have been dating since high school, and he’s felt a responsibility for helping keep Satyrna and her friends out of trouble because of his position with the authorities. He prefers to assume people are innocent until proven guilty, which is not a popular mindset among his co-workers. 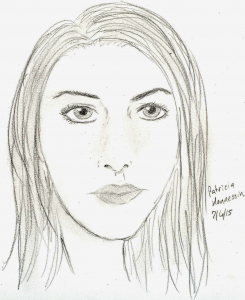 Patricia is Satyrna’s older sister. She works at their parents’ grocery store and intends to take it over from them when they want to retire. She and Brendan Kariden have been dating since high school. Because she likes stability, she is constantly trying to get her sister to develop more in her life. Despite her criticism, she loves her sister and will stand up for her in any capacity she can, even if she’s muttering to her about her disapproval of the situation at the same time.