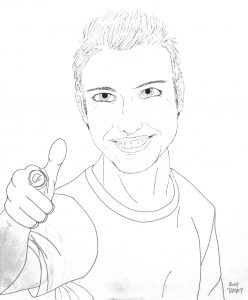 Swip is casual, good-humored, and generally pretty easy-going. He loves working on vehicles and fully intends on opening his own shop after his job inevitably injures him beyond repair. He was the fifth person to join Malkarai and Traphian’s generation at the Northwestern agency and usually hangs out with Shawn and Teffifa, although he’s been known to date and flirt with many people – both in the agency and not. He chose his new legal name when he joined the ASA – it’s a nickname he used to go by.